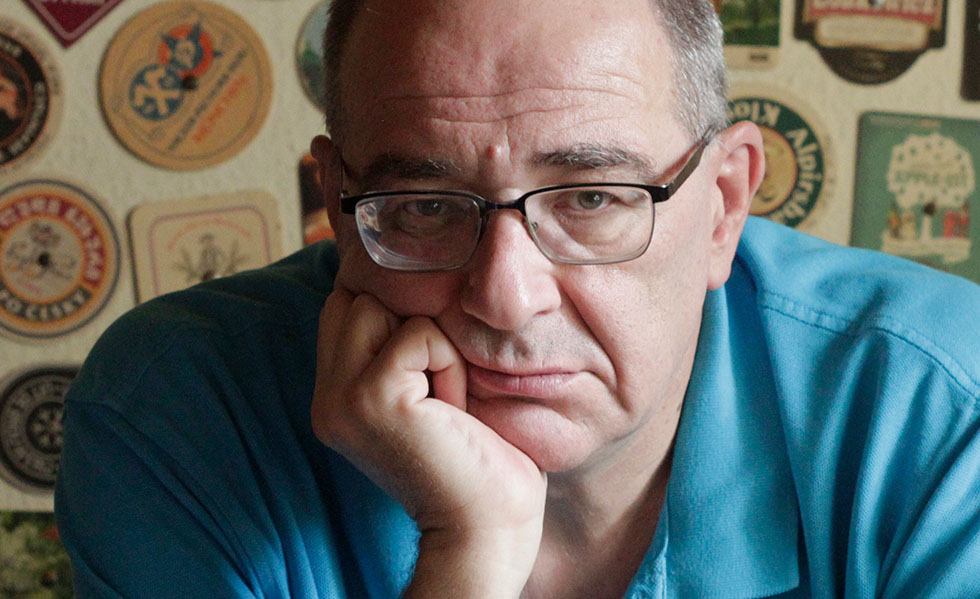 Otar Karalashvili is a book artist, designer, curator, head of the Book Art Center in Tbilisi, professor at the International School of Design (Technical University of Georgia).

He worked as a researcher at universities in Georgia, Germany and Japan. In the mid-1990s, he and his friends founded Diogenes, one of the first independent publishing houses in Georgia. He was one of the initiators of the Georgian Publishers Association, curator of the Georgian stand at the Frankfurt Book Fair. Since 2009, he has been teaching graphic design, book design and illustration at the Tbilisi Academy of Arts and at the Free University of Tbilisi. In 2012, he established the Book Art Center in Tbilisi. In 2014, he founded the Tbilisi Book Days International Book Art Festival, which he managed until 2017. Curator of numerous exhibitions of Georgian book art, including international festivals in Georgia, Germany, Russia, Italy and Ukraine.

At the Book Arsenal, as a part of the book design program “Interfaces of Optimism”, Otar Karalashvili will be giving a non-scientific lecture on typographic style and politics “Let’s read by letters”.