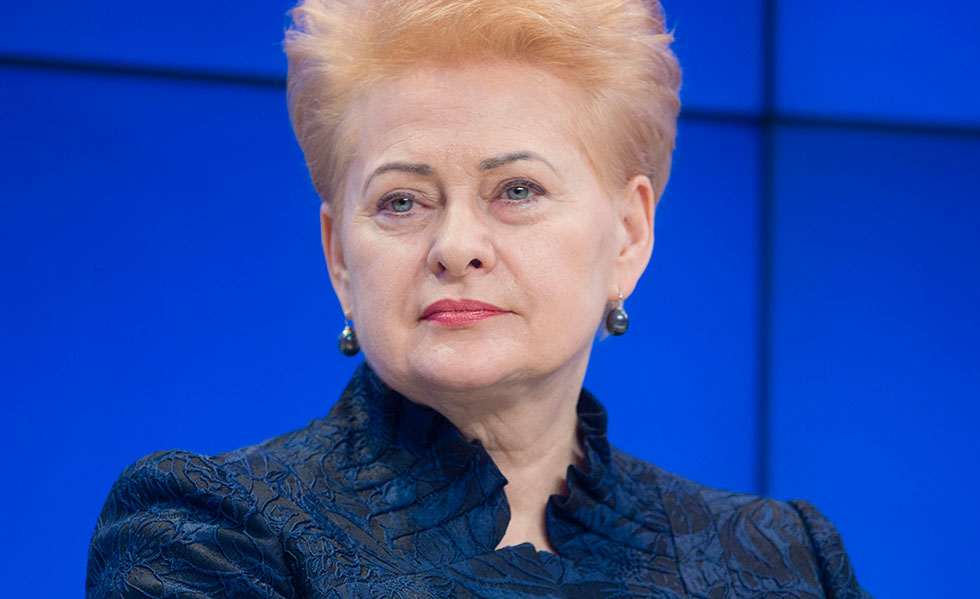 Dalia Grybauskaitė is a Lithuanian politician who served as the eighth President of Lithuania from 2009 until 2019. She is the first woman to hold the position and became in 2014 the first President of Lithuania to be reelected for a second consecutive term. Dalia Grybauskaitė has served as Minister of Finance, as well as European Commissioner for Financial Programming and the Budget from 2004 to 2009.

She is the winner of numerous awards, including Charlemagne Prize (2013), Order of Liberty (Ukraine) etc.