The International Book Arsenal Festival is happy to present its events at the Svět knihy Prague Book Fair that will run from June 9 to 12, 2022.

Our participation in the Prague Book Fair and Literary Festival has become possible thanks to our lasting partnership: back in 2018, Radovan Auer, Director of Svět knihy Praha, was our guest at the Book Arsenal Festival in Kyiv, and last year he participated in the Alteration: Festival to Festival program for literature and festival managers.

At Svět knihy, the Book Arsenal Festival will hold 3 events:

Fokstroty musical and poetic performance will take place on June 8, on the eve of the official opening of the Svět knihy. The disco of Ukrainian poets of the 1920s will become a kind of pre-party of the whole fair.

Fokstroty, a project by Serhiy Zhadan and Yuriy Gurzhy (curated by Oksana Shchur), was presented for the first time in October 2021 at the Mystetskyi Arsenal within the framework of the Futuromarennia project. Especially for the Prague Book Fair, Yuriy Gurzhy has created a bonus track “Never (again!)” on the subject of liberation of Europe and Ukraine from “fascist torturers”. In Prague, the performance will be held in an adapted form: Yuriy Gurzhy and Lyuba Yakymchuk will perform on stage, and Serhiy Zhadan, who cannot leave Kharkiv, will be recorded, along with the voices of Mykola Bazhan, Volodymyr Sosiura and others.

On June 9, two more events will take place.
The first one is a Round table of European Book Fairs. The present and future of book fairs will be discussed by Niki Théron, International Projects Manager of the Frankfurt Book Fair, Elena Pasoli, Director of the Children’s Book Fair in Bologna, Yuliia Kozlovets, Director of the Book Arsenal Festival in Kyiv, and Radovan Auer, Director of the of the Book World Prague.

The second event is poetry readings with the poet Lyuba Yakymchuk. Together with Oksana Shchur, Curator of the Book Arsenal Literary Program, they will talk about contemporary poetry during the war: how it is written, what it should be like after Bucha and Mariupol, and whether poetry readings and trips abroad are appropriate during the war. In addition, Lyuba Yakymchuk will read her poems in Ukrainian, and translator Oleksii Sevruk will read these poems translated into Czech.

More about the events:

Would Tychyna be inspired by contemporary disco grooves? What would have happened if Serge Gainsbourg had been born not in Paris, but in Kharkiv (where his father once lived), and recorded erotic pop with lyrics by Raisa Trojanker? And what would be the sound of Lee “Scratch” Perry’s reggae with the texts by Volodymyr Sosiura? Could Bazhan have ever imagined that in the 21st century he would be singing with a children’s choir accompanied by synthesizers? Yuriy Gurzhy, Serhiy Zhadan, Lyubov Yakymchuk, Hryhoriy Semenchuk will perform here along with them. The event will be a kind of pre-party of the whole fair. 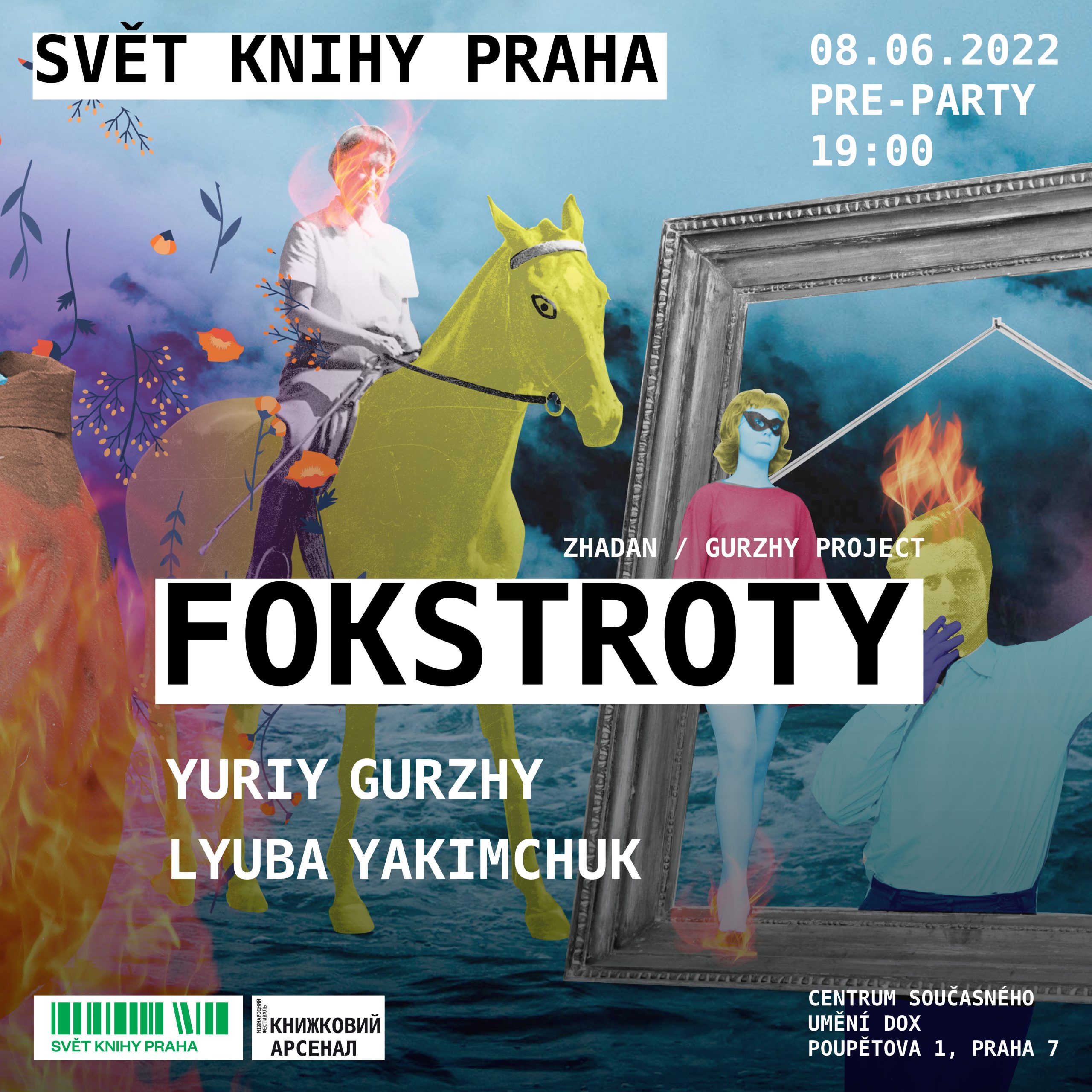 In the online era, the word “fair” strikingly resembles the word “dinosaur”. Still, Book Fairs have mostly overcome the pandemic and show their importance even in difficult times of war. Representative of the Frankfurt Book Fair Niki Théron, Director of the Children’s Book Fair in Bologna Elena Pasoli, Director of the Book Arsenal Fair in Kyiv Yuliia Kozlovets, and Director of the Book World Prague Radovan Auer will discuss the present and future of major Book and Literary Events. 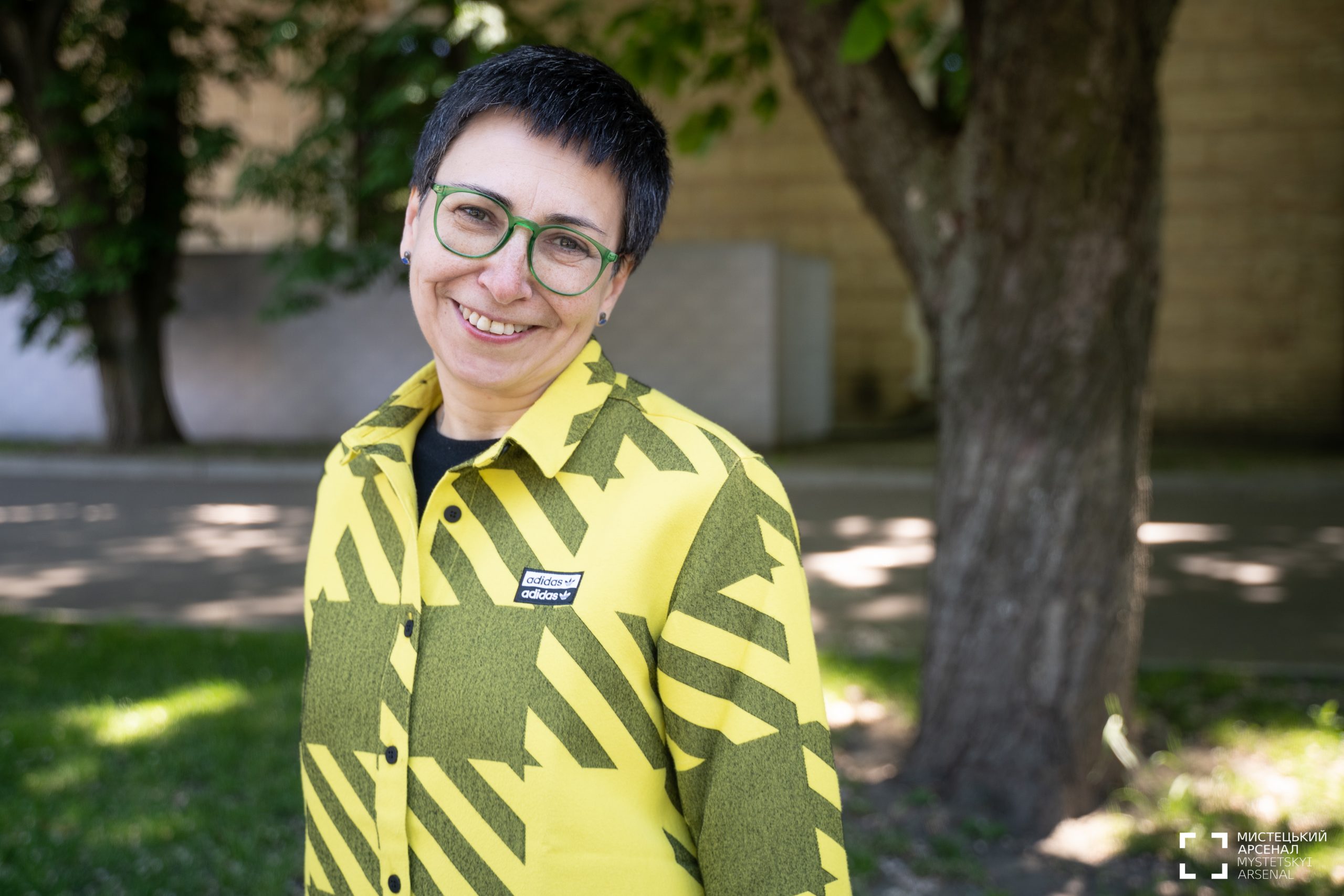 Director of the Book Arsenal Fair in Kyiv Yuliia Kozlovets

Lyuba Yakymchuk is a poet, screenwriter, playwright, born in 1985 in Pervomaisk, Luhansk region. She is the author of several full-length poetry collections, including Apricots of Donbas which is about people surviving a war.

As a vocalist, Lyuba performed in the Fokstroty project by Serhiy Zhadan and Yuriy Gurzhy. In 2022 she performed her poem Prayer in the project Free by John Legend during Grammy Awards.

What is poetry like after Bucha and Mariupol? Are poetry readings relevant in a war? These and other topics will be discussed with Oksana Shchur (Book Arsenal Festival, Kyiv, Ukraine). There will also be readings of Lyuba Yakymchuk’s poems in Ukrainian and Czech (translations by Oleksii Sevruk). 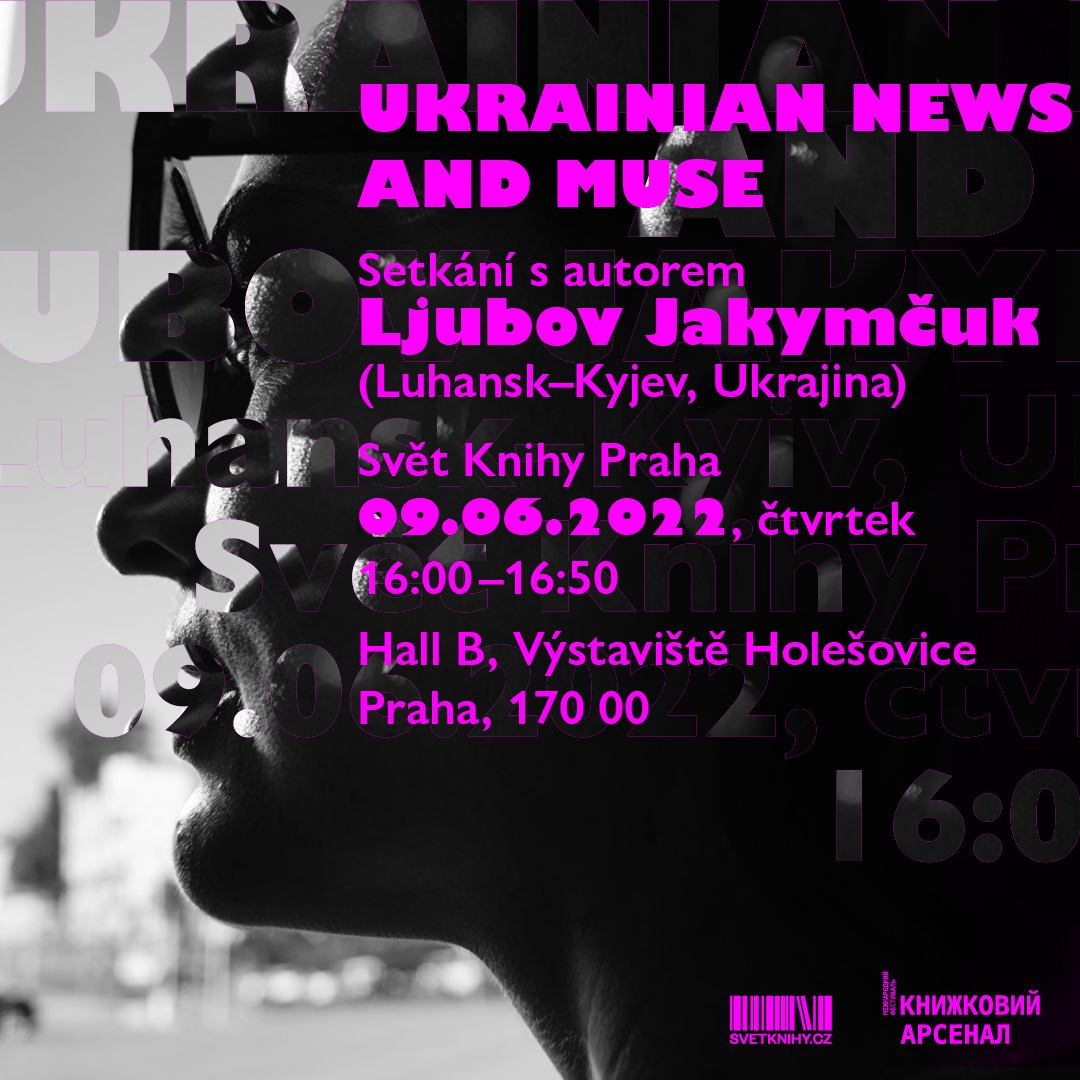 In addition to participating in the program, within the national stand of Ukraine, the Book Arsenal will present the “Ukrainian Literature: Rights On!” project aimed at promoting rights catalogues of Ukrainian publishers to sell abroad, enhancing effective business relations and integration of Ukrainian literary process in the global one. Ukraine will be represented in Prague with a national stand and a large program of events thanks to the joint work of the Ministry of Culture and Information Policy of Ukraine, Ukrainian Book Institute, the Embassy of Ukraine in the Czech Republic, Ukrainian Institute, PEN Ukraine, as well as Book Arsenal and BookForum international festivals.