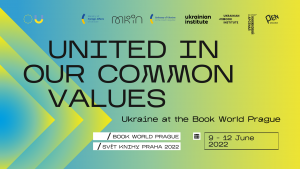 From June 9 to 12, the 27th International Book Fair and Literary Festival Book World will be held in Prague, where the Ukrainian program will be presented and the Ukrainian stand will operate.

Ukraine is grateful to the Czech Republic for its support in these difficult times, we are united in our values and are fighting for a common European future. Within the framework of the festival, Ukrainian authors, together with their European colleagues, will talk about a free Ukraine as a condition for a free Europe. 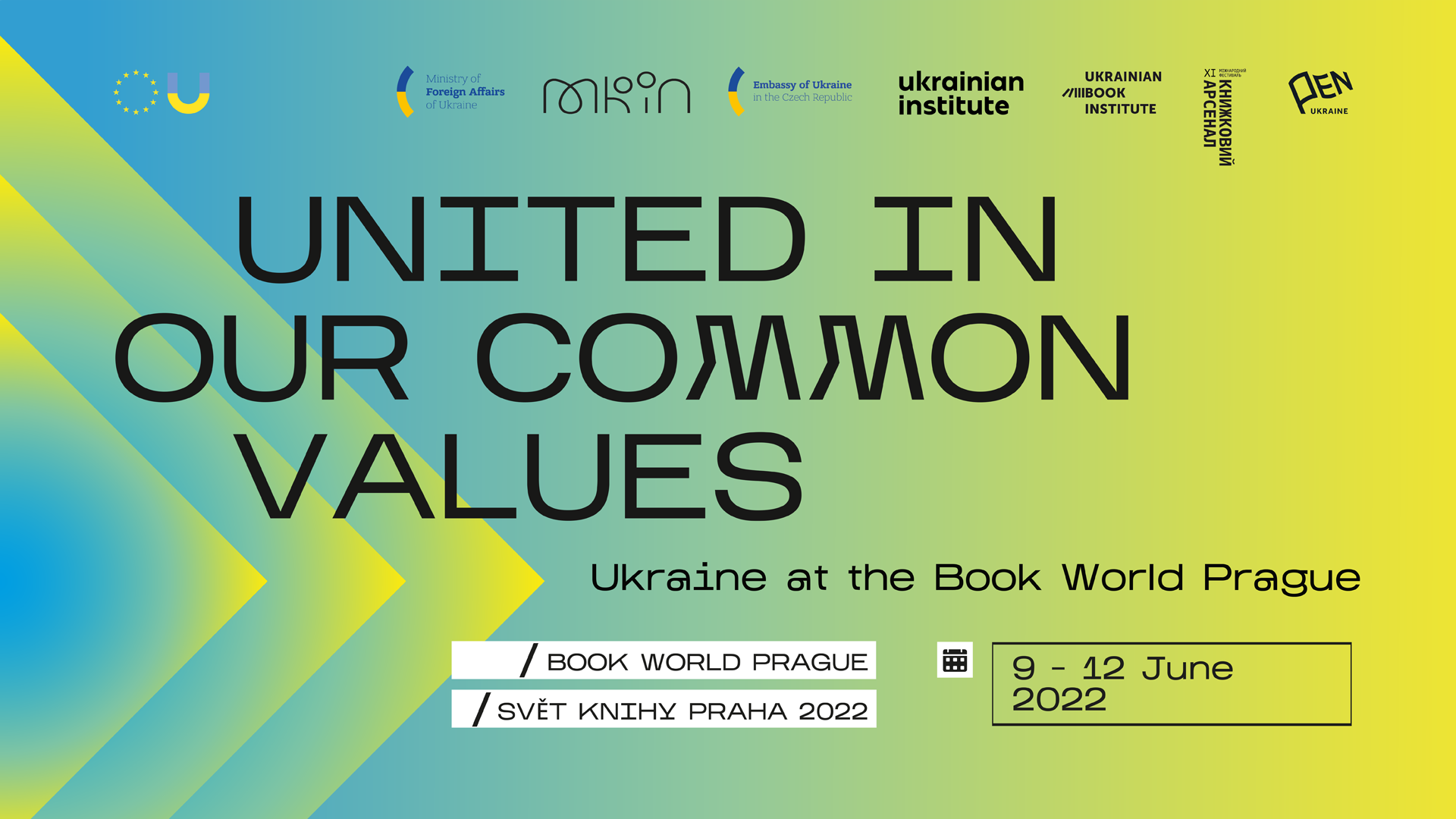 An important platform for the Ukrainian voice will be the Literature as the Voice of Freedom stage. In addition to discussions, well-known Czech intellectuals and Ukrainian festival participants will read the works of Ukrainian authors on this stage for young visitors, and in the evening there will be a reading of texts by Ukrainian authors in Czech.

Also on the Book World there will be a presentation of the Czech translation of the book “Crimean Tatar Cuisine” about the history and culture of the Crimean Tatar people as an indispensable component of modern Ukrainian culture. Olena Braichenko and Alim Aliev will talk about the cuisine and how it changed as a result of the forced deportation of these people in 1944.

In addition, at Svět knihy, the Book Arsenal Festival will hold 3 events:

In addition to participating in the program, within the national stand of Ukraine, the Book Arsenal will present the “Ukrainian Literature: Rights On!” project aimed at promoting rights catalogues of Ukrainian publishers to sell abroad, enhancing effective business relations and integration of Ukrainian literary process in the global one.

Ukrainian and Czech PEN Centers are organizing a joint discussion “The Role of Culture and Literature during the War”, which will be attended by Ukrainian authors Alim Aliev, Kateryna Mikhalytsyna, Yevheniya Kononenko, as well as Czech writers Sasha Stojanovic Charlie and Mircea Dan Duca. The event will be moderated by Lucie Rzhegorzhikova, a Czech cultural manager and publisher.

The Ukrainian program, in addition to readings, invites Czech and Ukrainian young readers to get acquainted with the author Kateryna Mitsalitsyna, who will conduct a workshop and present the Czech translation of the book “Who grows in the forest?”.

Also at the fair there will be an exhibition of works by Ukrainian book illustrators from the Pictoric group #StandWithUkraine, reflecting the Ukrainian wartime realities of the last three months.

During the work of the Ukrainian stand, funds will be raised for the “Books without Borders” project, which the Ukrainian Book Institute is implementing under the patronage of the First Lady of Ukraine Olena Zelenska together with the Ministry of Culture and Information Policy and the Ministry of Foreign Affairs. As part of this program, three books have already been printed (Wet Nose by Olena Osmolovska, Three Little Pigs by Vivat Publishing House, Ivanna and Bath by Olesya Mamchich), which will be available at the Ukrainian stand. The stand will also raise funds to support Ukraine.

FOR UKRAINIANS, THE ENTRANCE TO THE FAIR IS FREE.

More information about the fair for visitors – at the link