Results of the Antytvir 2022 project

Antytvir is a competition for teenagers that is usually held within the International Book Arsenal Festival, and the award ceremony usually takes place in the Mystetskyi Arsenal building.

In 2022, the 11th Book Arsenal was cancelled due to the full-scale war of Russia against Ukraine, but despite everything, the organizers managed to hold the Antytvir project, because now it is more important than ever for teenagers to share their stories and experiences. The team received good feedback: 106 applications with incredibly insightful and sincere works.

The format changed: this year the Antytvir was not a competition, but a project for students in grades 8-11, and all the works that passed the technical selection — literary and graphic, in Ukrainian and in English — were accepted and published. The participants were also invited to join a special educational program that consisted of online meetings and workshops in order to provide support (including psychological) and to create a community of young artists.

The theme of Antytvir-2022 is “At the Threshold”. Participants thought about:

Read more about the theme of Antytvir-2022 here.

The educational program symbolically took place within the dates of the 11th Book Arsenal, which was supposed to be held from May 25 to 29, 2022, and the finale of the project was on the last scheduled day of the Festival. The Antytvir works can be viewed on the website. All the works are presented without any editing by the organizers.

Within the educational program: 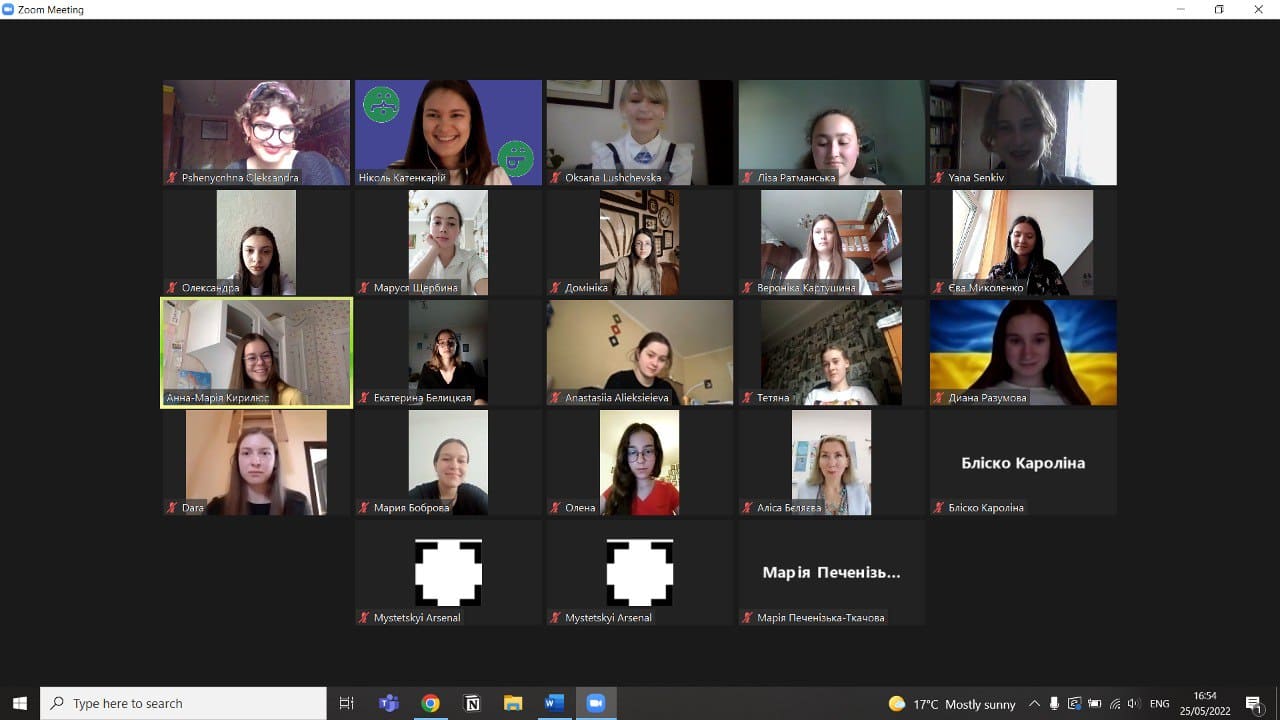 The participants of the project were also offered to record and send a video where they are reading a favourite sentence from their text or describing in one sentence what their picture / illustration is about.

The project was financially supported by:

The project was also informationally supported by Osvitoria, an online media on education and upbringing of children in Ukraine.