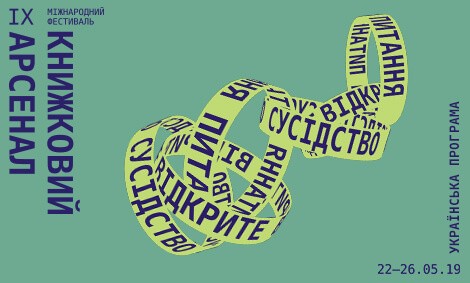 Every year, the Book Arsenal Ukrainian Program becomes a kind of touchstone for the country’s literary environment, as it reflects the most current reader and publishing needs. Unlike particular curatorial programs, it is not formed according to a certain vision of one person but becomes a composite mosaic of various ideas proposed by publishers, writers, partners, and organizations, which is though created under the watchful eye of the curatorial team.

Despite this, the Ukrainian Program is a fairly integral structure formed of various social and market trends. This year, as in the past few years, the Russian-Ukrainian war remains an acute issue for the Festival participants and is widely represented in the program in several dimensions at once. Among the Ukrainian Program events, there are talks about sexual violence against women in the East, and Ukraine’s ability to accept the war’s consequences, such as soldiers’ rehabilitation and establishing communication with them and the residents of the occupied territories, and the literary fixation of war experience will be discussed. In this context, it is necessary to mention the veteran and volunteer literature: the records by war veterans, which are now actively issued in the Ukrainian publishing houses, and sometimes are printed in the form of samizdat with a large circulation. Today, literature is partly becoming a therapeutic method for authors and readers, a resocialization for them. And complicated texts that require analysis and thoughtful reading are becoming increasingly popular.

The Crimean issue is also being rethought today, as it is not only about the occupation itself, but about the human rights defenders fighting for human rights in Crimea and those who have become prisoners of the Kremlin because of their political stances. In addition, this year in May, the 75th anniversary of the deportation of Crimean Tatars will be marked. So, the Festival events could not evade this issue, which echoes this year’s Book Arsenal focus theme Neighborhood: An Open Question.

As for purely literary trends, we continue to see the growth of interesting translated publications: we can see here both famous classics and authors who are new for the Ukrainian readers. In particular, it’s heartening to see that it is not limited to just popular European languages. The classic of Oriental literature is finally translated into Ukrainian. In addition, comics and graphic novels – both Ukrainian and translated – are becoming popular. They are very different: ranging from those for children to those talking about painful social problems. Thus, having received a significant number of ideas for the events dedicated to this genre, the curatorial team has actually decided to make a special program of them.

However, there are not only translations; this year, we have a surge of new novels by the Ukrainian classics and young writers, as well as newer poetry collections, as compared with a year earlier.

The events of the Ukrainian Program are an opportunity to both understand the present literature and join the discussion about what we – as a society – are experiencing now, and in which direction and with whom we are moving.