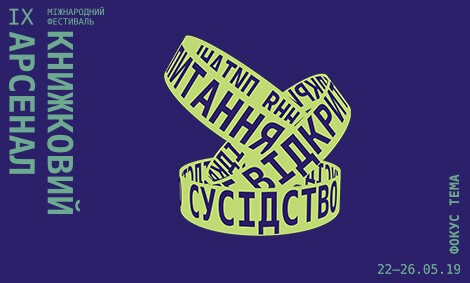 “The case with pear ended unexpectedly. The pear got withered, and the two families made up. And peace and silence came over both the homesteads.”

In neighborship, there is always an issue of boundaries, of one’s own and someone else’s borders; where ‘mine’ ends and ‘someone else’s’ or ‘common’ begins. These lines are constantly shifted and erased, both at the local and state levels. The world ‘contour’ maps are still being updated: due to brexits, annexations, border escalations, and never abating hot spots in the Middle East.

In geopolitics, the neighborhood is something that cannot be changed. Neighbors cannot be chosen. There have always been times in history when countries had complicated relations, but even they, sooner or later, entered into a ‘subfebrile’ state, and then into a civilized neighborhood regulated by law. As examples, we can recall post-war Poland and Germany, Britain and France, Portugal and Spain, and Greece and Turkey and Cyprus. Can we imagine such a future for our country today?

30 years have passed since the fall of the Berlin Wall. From the perspective of the 20th century, this is a very recent history that we lived through television. However, the socio-political consequences of these events are being erased and forgotten very quickly. Similarly, many Europeans lost their focus on the Balkan wounds of the late 1990s, while witnesses, victims and their children continue to live in small and big cities that modify their landscapes, leaving memory traces on the surface. Neighborhood also involves emotional memory, the need to revise one’s own knowledge. It is not until now that we are beginning to truly discover the history and culture of the Crimea for ourselves and the world, while its inhabitants remain in a threat situation. And it is only now when we are turning to half-forgotten names and texts of Jewish culture, for without it the Ukrainian culture itself would be incomplete. So, when does the trauma pass? Won’t it end in oblivion? What possibilities does literature have for the artistic transformation of memory?

British historian Niall Ferguson speaks of the vertical and horizontal dimensions of the social communication, of the ‘tower’ and ‘square’, and of the confrontation between hierarchies and networks. He speaks of the power of horizontal connections that are possible to build and strengthen only through one’s own presence and participation. No more illusions about virtual networks that performed their mission in the 2000s. It is time to return to physical interaction, to that very market area, in a narrower sense, to the cultural institutions where one can overcome the fear of real communication with the Other.

After all the dramatic plots in European history, and interrupted or destroyed cultural practices, the squares, bazaars and markets are still full of lively human communication. Isn’t it a miracle, how, after so many decades of mutual alienation and mistrust between people, just like hundreds of years ago, the little everyday conversations about children, weather or politics are started up? Small talks are a reliable remedy for social defragmentation and polarization that is happening now in societies and institutions, as well as a good start for a deeper conversation.

The Book Arsenal Festival suggests joining the neighborhood topic so that we all could find the effective formulas of cooperation, cohabitation and co-creation, and try to answer the difficult questions that have been said in this text.