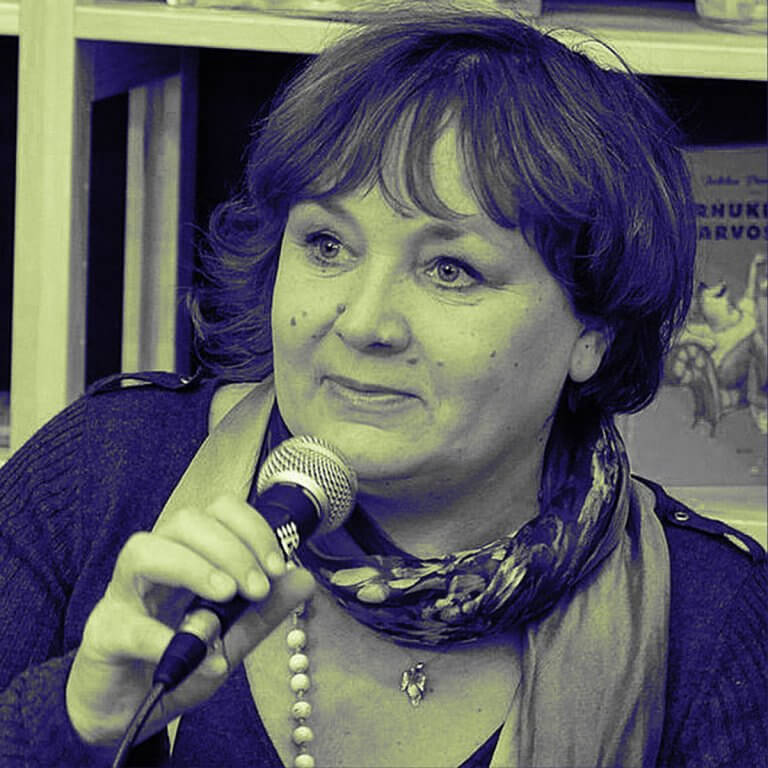 Imbi Paju is an Estonian-born journalist, writer and filmmaker. Imbi Paju has won international attention with Memories Denied, her documentary film and book of the same name. Both the film and the book deal with her mother’s experiences in a Soviet slave labor camp, the occupation of Estonia by the Soviet Union and Nazi Germany, and the attempts by totalitarian regimes to destroy human memory. Paju has been praised for her ability to visually portray traumas of the past, something that is hard to do with words alone. Memories Denied shows us how the tragedy of an individual family repeated over and over gradually becomes a national tragedy, a part of the collective but interrupted European narrative, silenced by occupations and the cold reality of politics.

On year 2019 Imbi Paju received first Heli and Arnold Susi Mission Award for the Courage to Speak Out that remembering our history is important because history is not history – it is us right now. In her speech Imbi Paju mentioned Arnold Susi as a key figure of Solzhenitsyn’s The Gulag Archipelago.

The Book Arsenal Festival will host a presentation of the Ukrainian translation of Imbi Paju’s book Memories Denied.