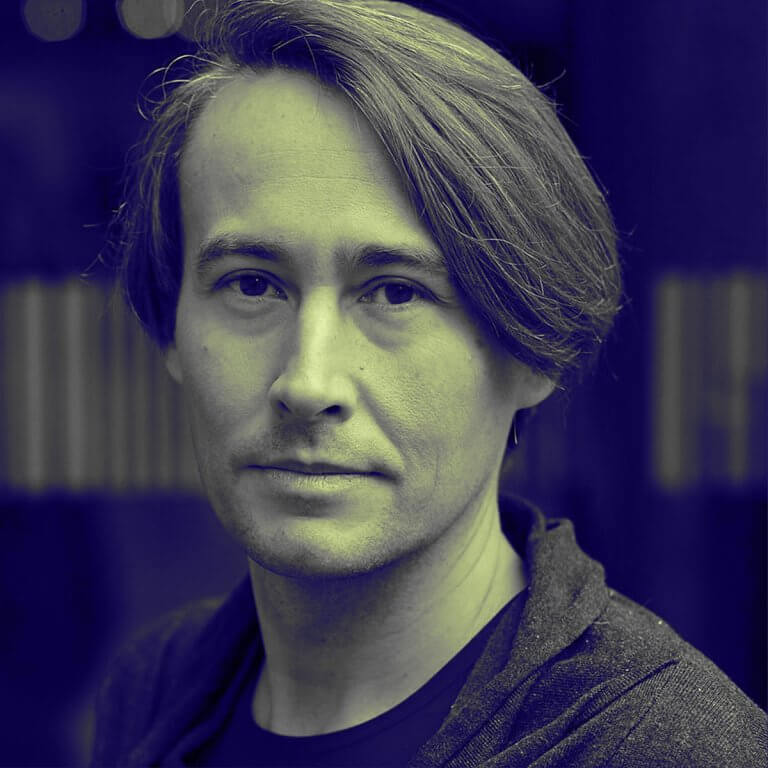 Aleš Šteger is a Slovenian poet, translator, and publisher.His educational background is German studies and Comparative Literary studies at the University of Ljubljana, where he currently works as lecturer in the student publishing house Študentska Založba founded by him. Šteger is considered to be one of the best Slovenian writers of his generation. In 1997, his second poetry collection Kashmir received a lot of positive reviews on the international level. The fourth poetry collection The Book of Things was awarded the Rochester University Prize for the best translated book.

Since 2012, Šteger organises annual Written on Site performances that took place in Fukushima, Mexico City, and Belgrade. Within the framework of DAAD art scholarship in Berlin, his collection of narrative essays and photos Prussian Park was published in 2009. In 1998, Aleš Šteger received the Veronica Award, in 2007 – the Rožanc Award for the collection of essays Berlin, in 2016 he became the winner of Horst Benecke award, since he, according to the jury, was “one of the most important and original poets” of his country. From 2014, Šteger is a member of the Berlin Academy of Fine Arts. In addition to writing, he is also translating from Spanish and German, including works by Gottfried Benn, Durs Grünbein and Pablo Neruda.

The Book Arsenal Festival will host a presentation of his book Absolution released by the Old Lion Publishing in 2019 (translated by Nataliya Khoroz, Mariana Klymets).