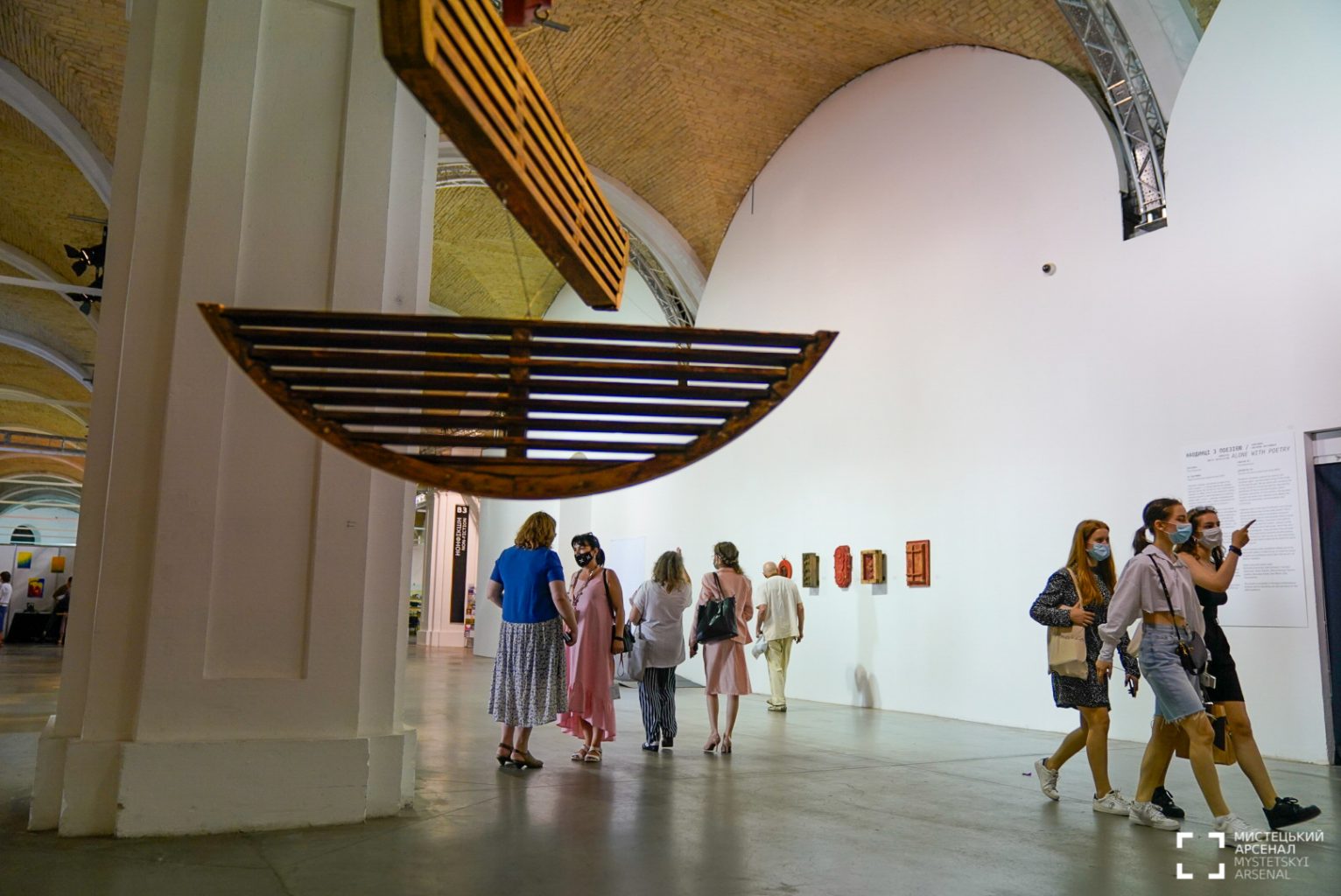 The Jubilee International Book Arsenal Festival ended on June 27, 2021 with a loud concert by Zhadan I Sobaky band. The festival lasted 5 days, and Mystetskyi Arsenal brought together more than 200 publishers, illustrators and cultural institutions. More than 300 events were held within the Festival — book presentations, discussions, concerts, performances, and lectures. 16 exhibitions took place at the Mystetskyi Arsenal building during the Festival.

Adhering to quarantine norms, the physical space of the historic building of Mystetskyi Arsenal received 30% fewer people than in 2019. However, for the first time, thousands of people from all over Ukraine and the world had an opportunity to watch most of the events in a free broadcast on MEGOGO supported by Visa. In particular, in 187 libraries of Ukraine and all over the world, where people gathered to watch broadcasts of the Festival together. Olesia Ostrovska-Liuta, the Mystetskyi Arsenal Director, says that the organizers did not even expect such a success:

The Festival was being prepared in conditions of complete uncertainty, the circumstances in which it was organized were constantly changing. However, the mood of the team remained the same — to hold the 10th Book Arsenal Festival no matter what, to support at least a little book and art environment, albeit at an uncommon time — in June instead of May, albeit with a minimum number of visitors. However, the results exceeded our expectations: readers, writers, publishers, illustrators, designers, musicians, and artists finally met together. And the book has been and remains a field of interaction for these people

Under the conditions of quarantine restrictions, Book Arsenal has changed — tickets were sold only online. In addition to the traditional persons entitled to benefits — combat veterans, people with disabilities, children under 12, museum workers, ISOM card holders — this year, free admission was provided for elderly people with pension certificates. The Festival has limited the number of free invitations for participants and professional audiences.

For the safety of children and their parents, the Kids Section of the 10th Book Arsenal Festival was built in the yard of the museum complex for the first time. Yuliia Kozlovets, the Festival Coordinator, sums up:

This year, we implemented many non-traditional solutions. We have done and continue to do what we have never done until this June. Thanks to these solutions, we were able to make the Mystetskyi Arsenal building more spacious and avoid crowds of people. Visitors and publishers had more space, more air, and felt freer. We have also gathered feedback from everyone and will improve the conditions for participation in the Festival for 2022 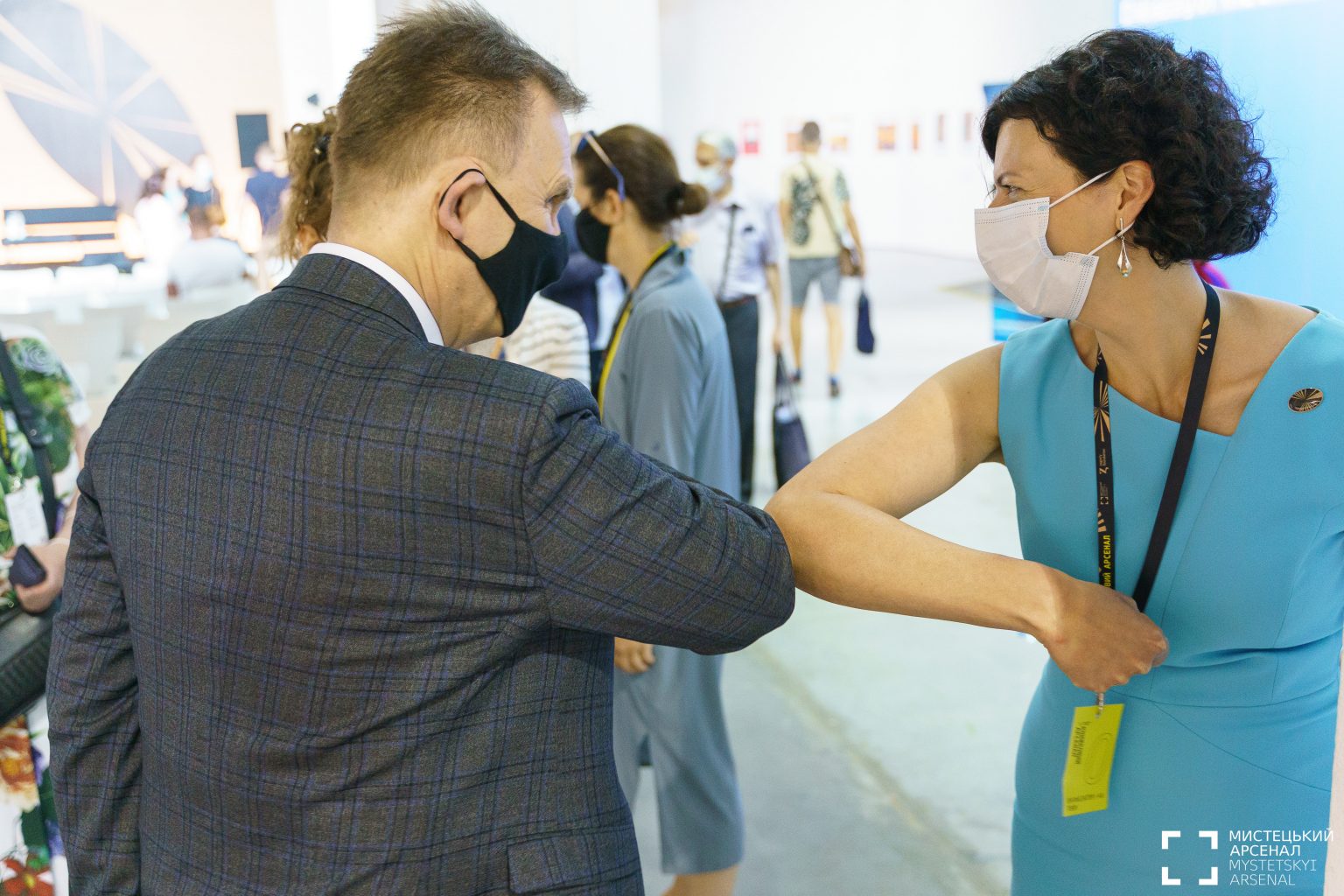 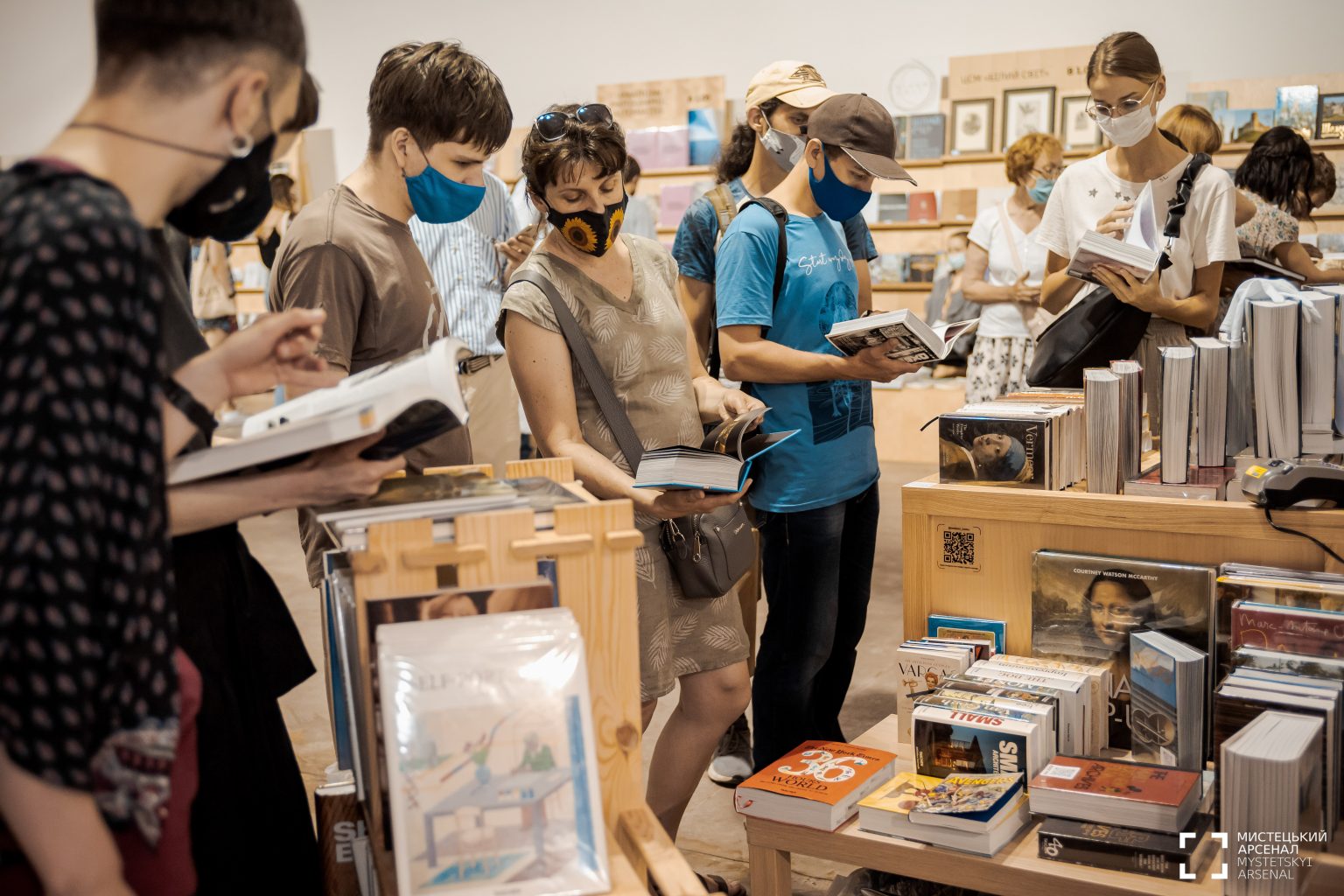 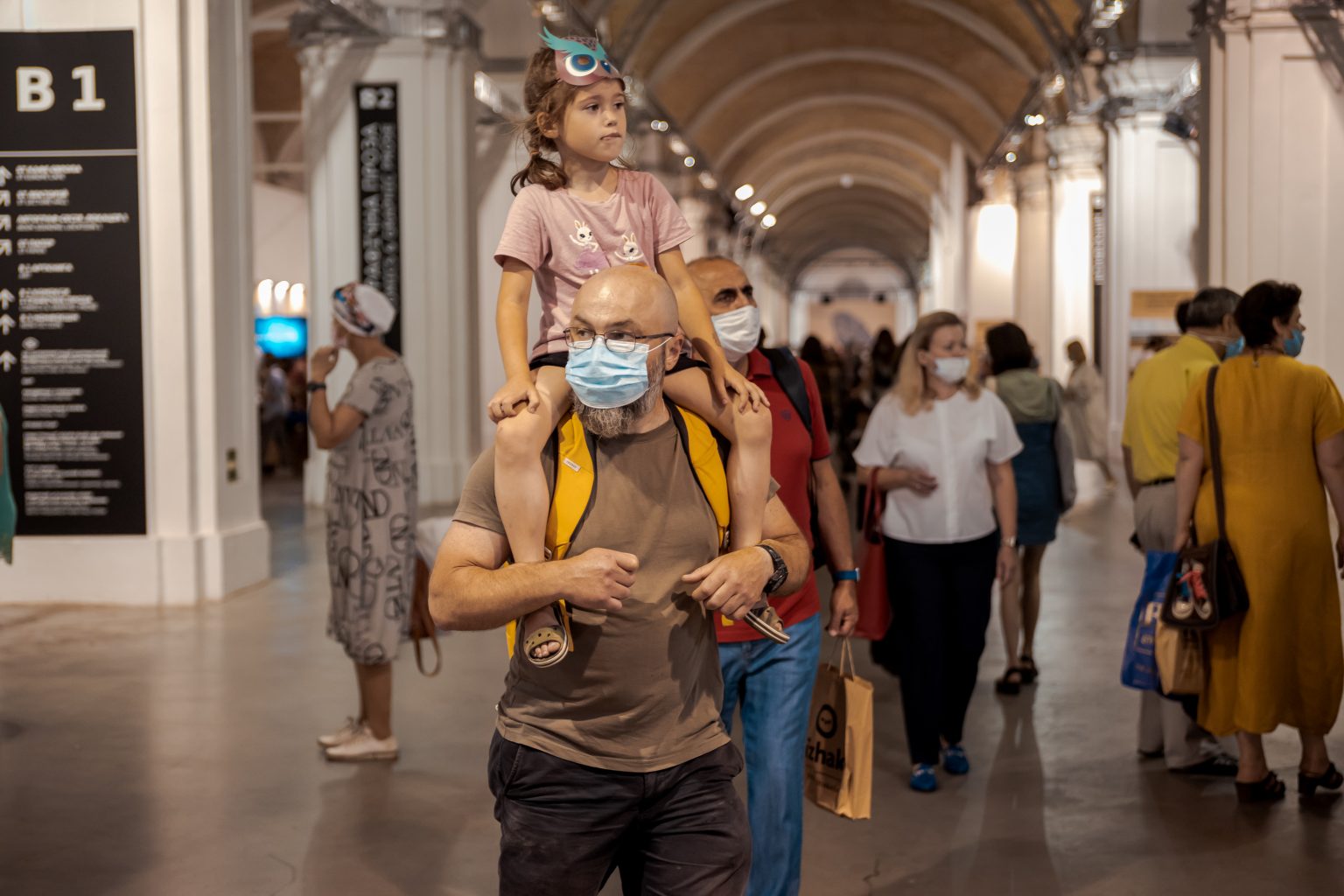 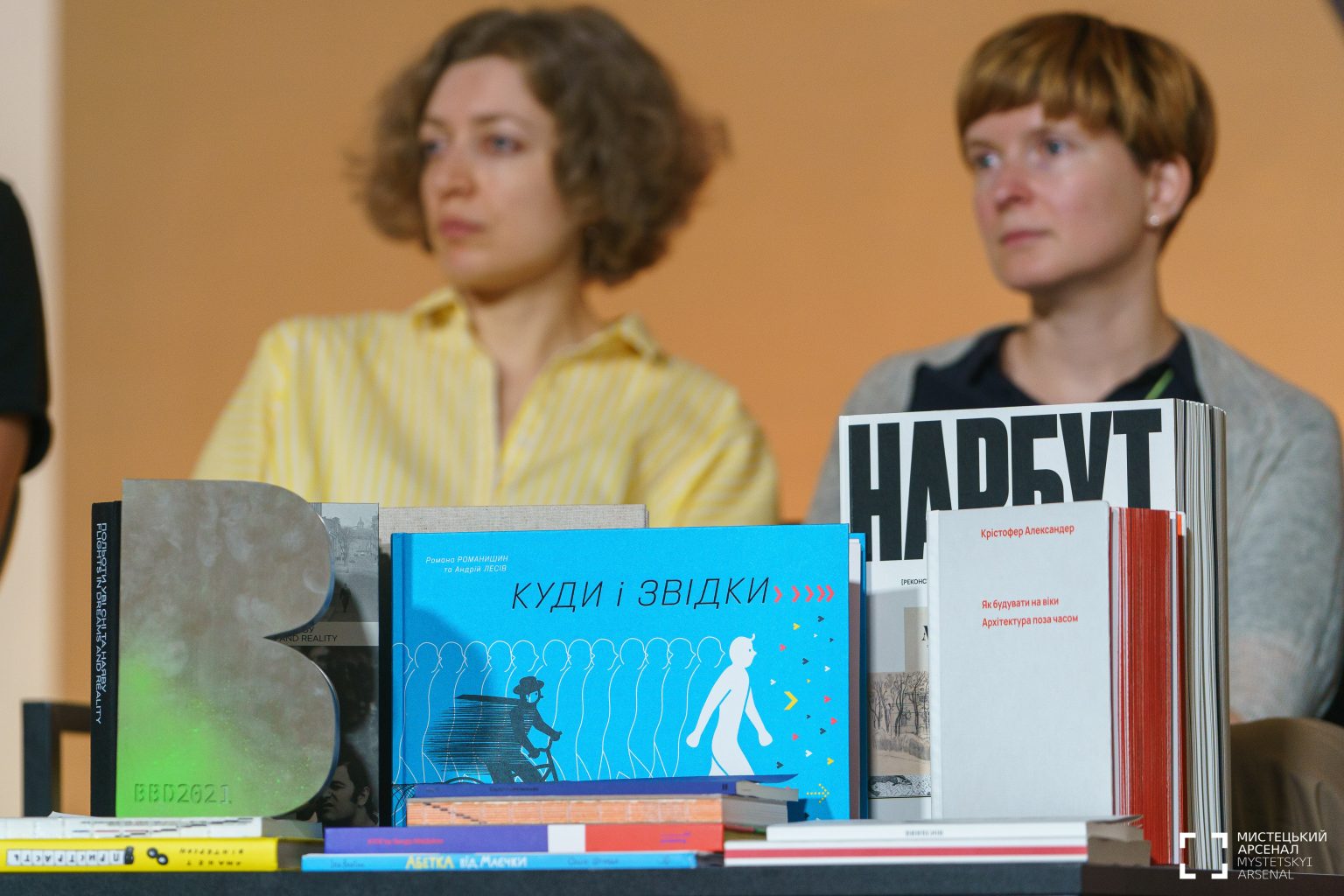 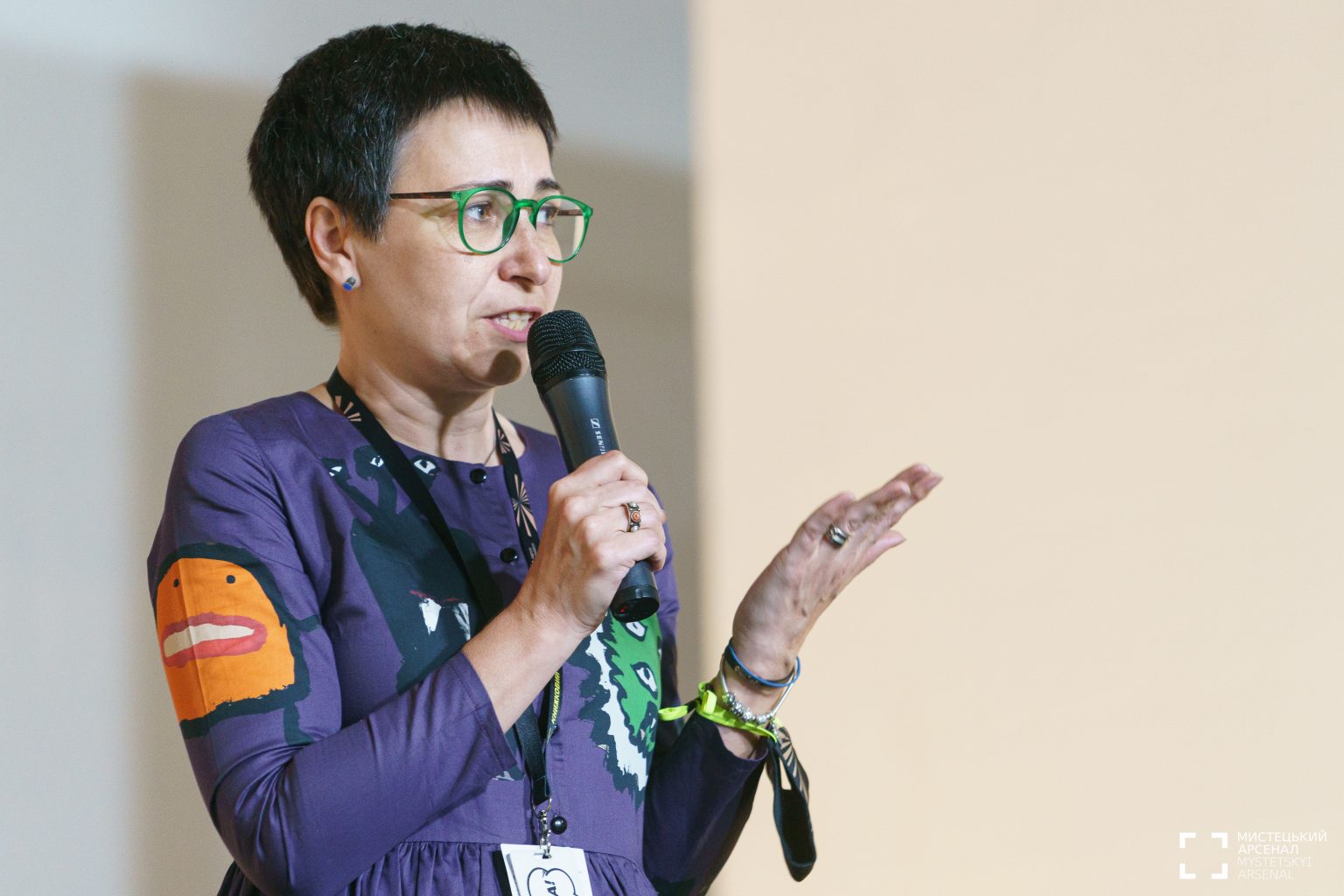 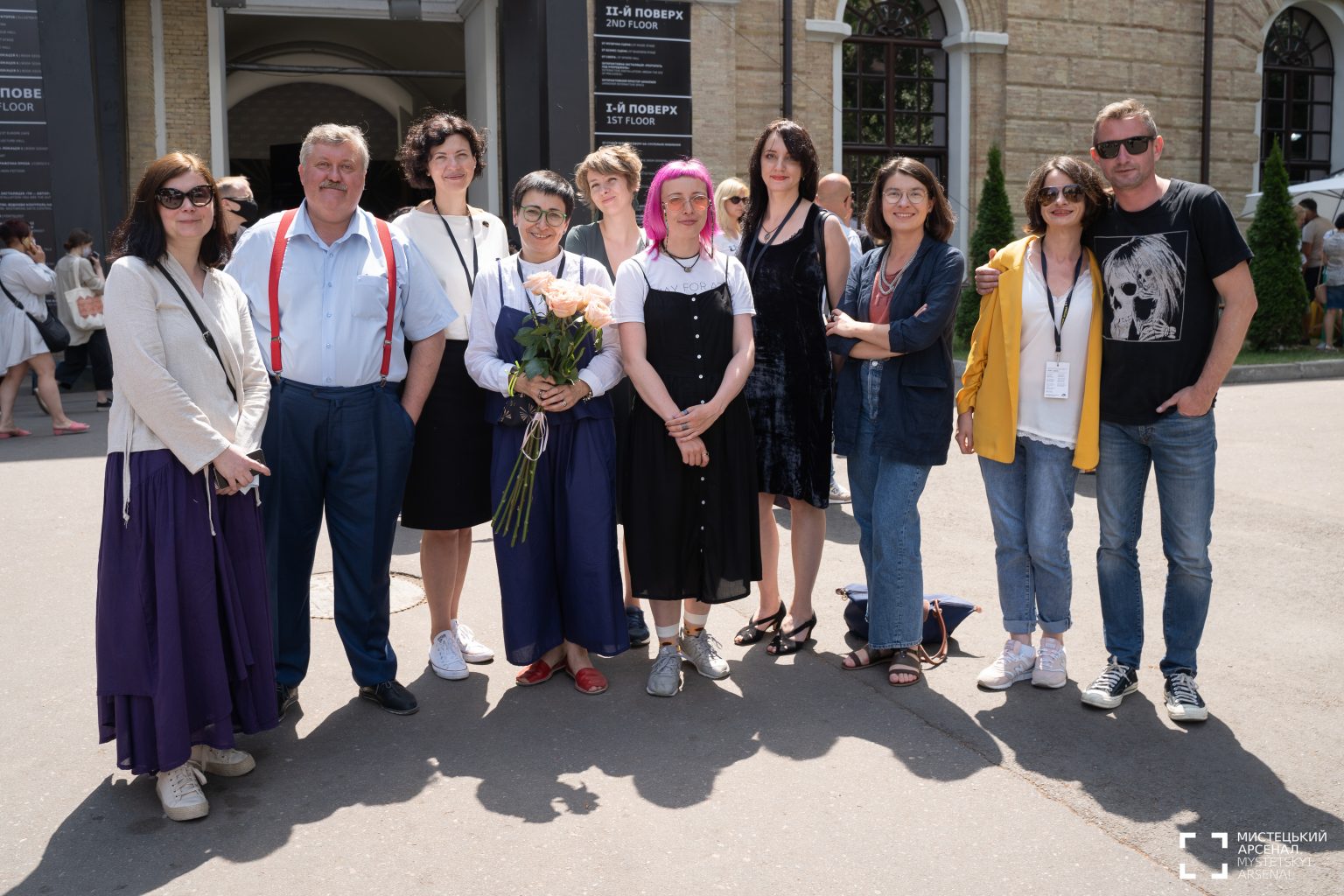 The Festival will also include B2B meetings (July 5-7) between Ukrainian and foreign publishers to establish cooperation and purchase of rights to Ukrainian books. Negotiations will take place within the framework of the Ukrainian Literature Rights On! Program. The project is held for the second year.

The aim of the program is to inspire foreigners’ interest in Ukrainian books and enable Ukrainian publishers to start or increase exporting by establishing direct contacts at B2B meetings with foreign partners during the International Book Arsenal Festival 2021.

This year, the Ukrainian Literature Rights On! Program is a joint project of the Book Arsenal Festival and the EU House of Europe program. The project partners are Creative Europe and the public diplomacy departments of the Ministry of Foreign Affairs of Ukraine.

Within the framework of the Festival the Best Book Design Contest was held. The book Where To And Where From (the Old Lion Publishing House) by the Agrafka creative studio (Romana Romanyshyn, Andriy Lesiv) won the Grand Prix. This book will represent Ukraine in the world book design competition of the Buchkunst Foundation and will be included in the collection The Most Beautiful Books in the World.

The jubilee Book Arsenal partners are Visa and Zagoriy Foundation.

Serhiy Zhadan’s writer’s program was supported by Uklon, and the Ukrainian Book Institute was the co-organizer of the Kids&Teens Program.

More than 400 volunteers joined the work of the 10th Book Arsenal Festival.

The International Book Arsenal Festival has been held by Mystetskyi Arsenal since 2011. Its mission is to create such interactions between people, communities and institutions, when the combination of aesthetic experience and intellectual engagement in the context of the book enhances the ability of man and society.