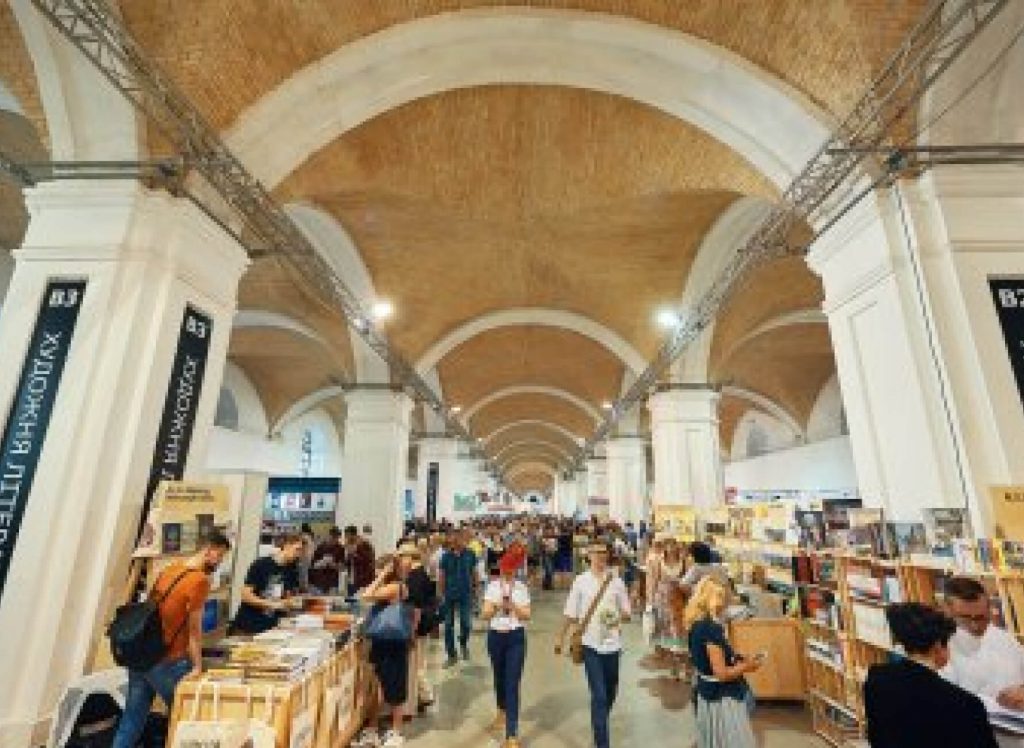 The 10th International Book Arsenal Festival has been postponed due to the pandemic and will take place on June 23-27, 2021 in a hybrid format.

The International Book Arsenal Festival has been held annually since 2011 by Mystetskyi Arsenal in its historical building. It is an important intellectual event in Ukraine where the book, music, performative and visual art scenes interact, where important issues of human existence as well as society and culture, are discussed and reflected on, prompting actions from participants and visitors.

The mission of the Book Arsenal Festival is to create interactions where the aesthetic experience and intellectual engagement generated by a book enhances the ability of society to progress.

In 2019, Book Arsenal was recognized as the best literary festival of the year at the International Publishing Industry Excellence Awards organized by the London Book Fair.

The focus theme of the Festival

Ukrainian Literature: Rights Now! Professional Online program for publishers and literary agents organized by the Book Arsenal, House of Europe, supported by Creative Europe will be held in frames of the festival. The main goal of this programme is to stimulate translations of Ukrainian books abroad, and to strengthen the competencies of Ukrainian publishers in selling rights abroad.

The Book Pitch project was launched in 2020 by the Odessa International Film Festival and the International Book Arsenal Festival. It aims to find modern Ukrainian books that have the potential for adaptation as feature films. The winners receive prizes from Book Arsenal and OIFF, as well as get the opportunity to present their works before the best Ukrainian producers and directors.

The 6th contest for Best Book Design among the Ukrainian publishers and cultural institutions will be organized by the Book Arsenal Festival together with the Goethe-Institut in Ukraine, with the support of the Frankfurt Book Fair and the Buchkunst Foundation.

For cooperation please email us: